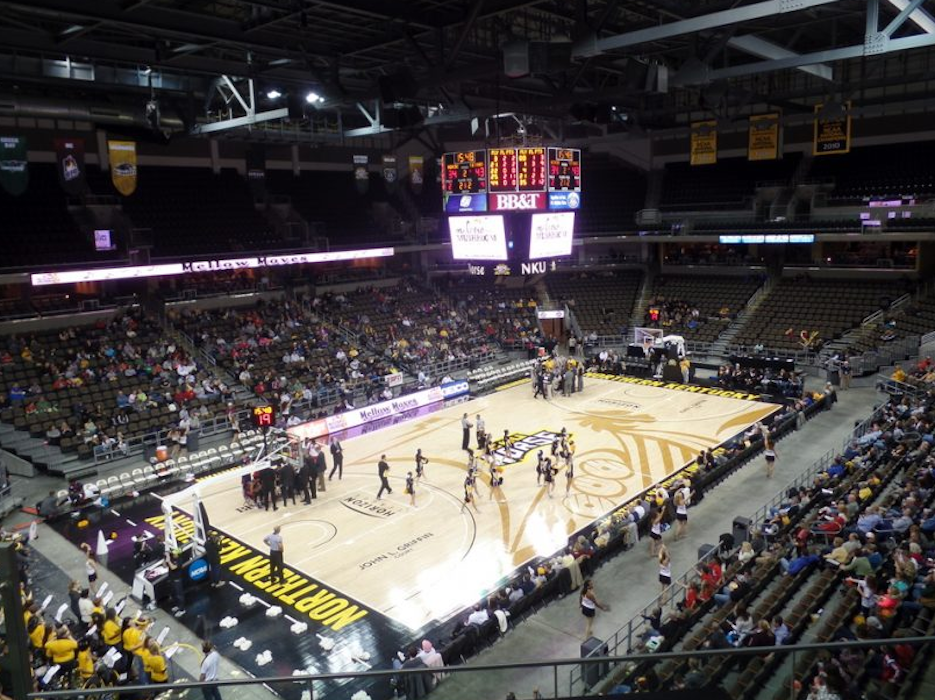 The BB&T Arena, formerly known as The Bank of Kentucky Center, is an impressive 10,000 seat multi-purpose arena in Highland Heights, Kentucky. It sits on the campus of Northern Kentucky University and has played host to a wide variety of events since it’s 2008 opening, starting with an NKU graduation ceremony on May 10, 2008. The grand opening ceremony for the arena followed later that year on September 22, 2008.

Many sports fans know the arena as the home for the NKU men’s and women’s basketball teams, but the venue has hosted several other sports teams in its relatively short time since its founding. In the spring of 2011, the arena was home to the Northern Kentucky River Monsters of the Ultimate Indoor Football League until the team agreed to part ways with the UIFL at the end of the season.

Plans were put in place to replace the River Monsters with the Kentucky Monsters. The venue also hosted the Black-n-Bluegrass Roller Girls team since 2012, with the arena hosting six of their home games that year. The venue also hosted the University of Cincinnati’s Cincinnati Bearcats during their 2017-2018 season while Fifth Third Arena was undergoing renovations. The venue has also hosted several major tournaments including the 2012 Elite Eight of the NCAA Men’s Division II Basketball Tournament.

But sports aren’t the only reason to visit the BB&T Arena, as it has hosted several star-studded concerts and live performance events. These include country music star Carrie Underwood, comedian Jeff Dunham, the cast of televisions So You Think You Can Dance as well as Cirque du Soleil. WWE hosted a few live shows at the arena, joining a growing list of organizations, musicians, and celebs that make use of the arena every season for high-quality shows with a high turnout of fans and visitors.

BB&T has remained a versatile venue for high-energy entertainment and will remain so for years to come.

See below for more information on the BB&T Arena at Northern Kentucky University:

BB&T Arena Parking:
Find out more about parking at the BB&T Arena.